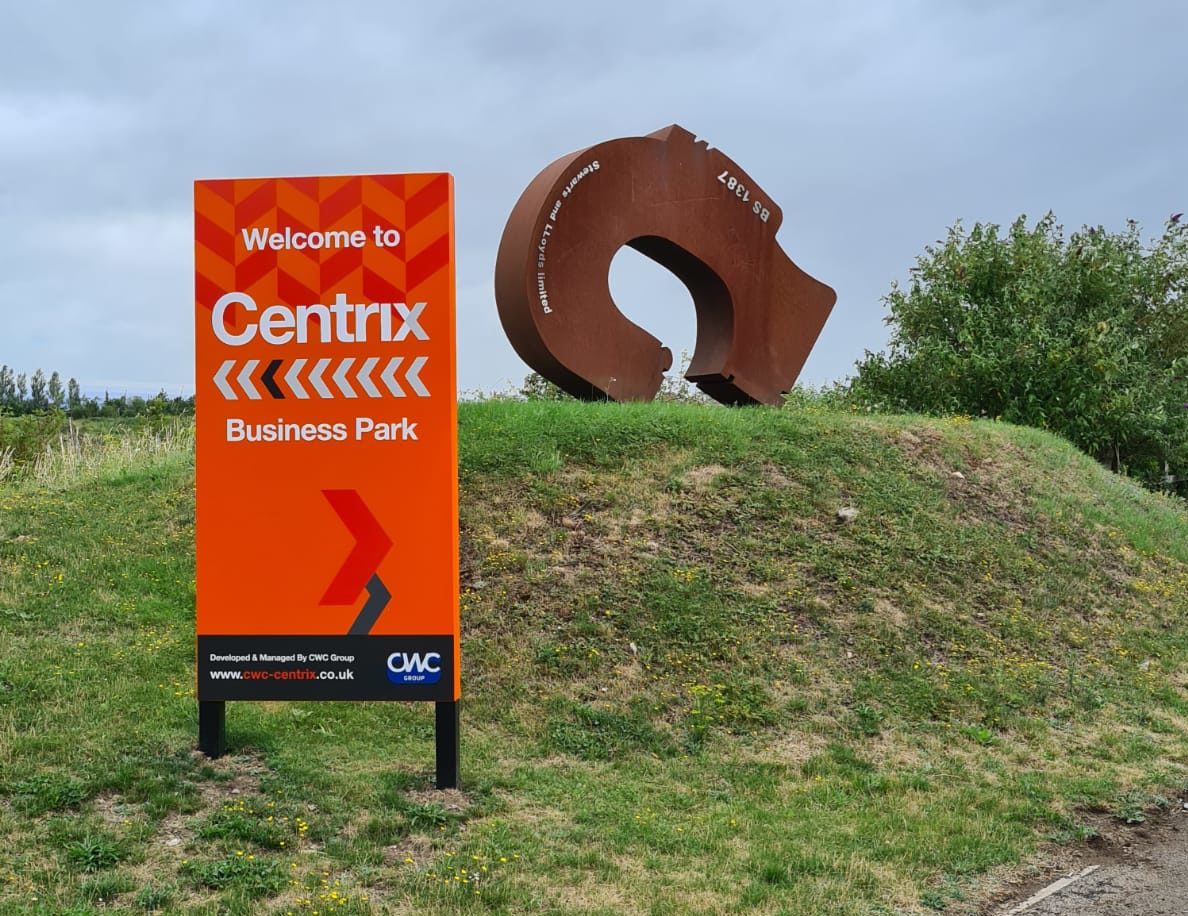 Centrix Business Park is built on the site of a former steelworks and forms part of Corby’s new regeneration framework. The site was purchased by Clowes Developments in 2009. It comprises a 39 acre (15.8 hectare) mixed use, commercial development encompassing industrial warehousing, food manufacturing and trade counter operations on a privately maintained estate.

Whilst the majority of Centrix Business Park has now been developed for end users, Plot A offers circa 15 acres of consented land. Detailed consent was granted by Corby Borough Council for a 165,000 sq ft industrial/ distribution unit, whilst the remaining land can accommodate requirements up to 120,000 sq ft on a design and build basis.

RammSanderson had been working alongside Clowes Developments to bring Plot A forward through the planning process due to strong interest from occupiers looking for high quality design and build opportunities.

In 2007 the scheme formed a temporary receptor bed for Great Crested Newt (GCN) which held the protected species within the Temporary Amphibian Fence holding pens. The site was also formed of industrial brown field land which had developed a distinctive flora (owing to the soil types on post-industrial land referred to as Open Mosaic Habitat (OMH)) allowing for reptiles and invertebrates to thrive.

Great Crested Newts are strictly protected by British and European law and as a protected species it is an offence to kill, injure, capture or disturb them at any point through work.

RammSanderson took over from the incumbent licence on the site and quickly identified a mechanism for delivery and worked in close partnership with the client, the architect, landscape designer and County Ecologist, to provide a scheme sympathetic to the GCN population and also give confidence that the Favourable Conservation Status of GCN would be met.

RammSanderson then engaged early with the local authority to seek clarification on the site due to its OMH type and worked in close consultation with their ecological consultee to agree a strategy for OMH translocation. Once planning was approved, we successfully obtained a European protected species licence (EPSL) for GCN translocation to complete the previously stalled project.

In early 2020, when RammSanderson were asked to initially inspect the site, our team reported that GCN numbers had declined significantly. Our aim was to translocate the newts from the holding pens to bespoke, permanent terrestrial and aquatic reserves built on site and seek to offset the biodiversity losses across the site whilst facilitating its development.

Our advice to the Clowes Developments team, involved a re-design of the site to incorporate wet ponds, dry ponds, marshy areas and open mosaic habitats for the GCN to thrive in.

Working under licence from Natural England, RammSanderson, Director, Nick Sanderson, undertook the trapping and translocation of the Great Crested Newts.

This licence is underway at present and is a bespoke form of licence in that part of the site has a detailed planning proposal where a second plot has outline approval. RammSanderson proposed a scheme to prevent double handling, leaving the second area free of GCN to aid future development without further impacts. Whilst nonstandard, owing to the defunct status of the EPSL at this site prior to our involvement, Natural England were satisfied our approach was for the betterment of the population and avoided further double handling and delay.

Upon a successful trapping process during which common lizards and common newts were also recorded, the GCN population were relocated to a specially designed pond in the North East sector of the development.

Following the relocation, circa 15 acres of developable was made available within Plot A and Clowes Developments was able to secure planning permission for a 165,000 sq ft industrial unit.

As a result of our advice, the new development will incorporate a 4-acre conservation scheme, which will feature two new wet ponds and further habitats for Great Crested Newts.

Through collaboration and detailed conversations with Clowes Developments and local authority planners, RammSanderson was able to present proposals and have a EPSL licence in place that achieved planning approval in just 6 months. Without the timely actions of the stakeholders involved, there was a distinct chance that the GCN population would have been permanently lost from the local area.

It is anticipated that the initial earthworks will begin on the site in the Winter of 2020.

Through the efforts of the RammSanderson team, Plot A at Centrix Park is now in at a stage where we can develop the land to provide high quality commercial units to end occupiers. This will help create jobs and regenerate the local economy, whilst protecting our resident GCNs in their natural habitat. RammSanderson completely understood what was required to gain planning permission and provided clear advice that accelerated the process and brought all parties involved in the development process together.